What Is the Templar Cross?

The Templar Cross is a symbol of the Poor Fellow-Soldiers of Christ and the Temple of Solomon. The more well-known name of the Knights Templar Cross is the Knights Templar Order. It was famous for its battle supporting Christianity, Christian values, and destruction of those who did not want to accept this faith. The Knights Templar Order has received the Pope blessing for the release of the Holy Sepulchre in Jerusalem. The knights who belonged to that order were known for their Crusades and brutal reprisals against those people who were of the other faith.

The original meaning as the goal of the Templar Cross is protection against the evil forces and harmful. It is considered that this symbol can attract negative energy, transform it into the positive one and after that, let it go. Therefore, it is often used for protection against the evil eye, wrong rumours and gossip. Also, this amulet can protect its owner from jealous, angry and cruel people with evil intentions.

Thanks to its shape, the Templar Cross can share positive energy with its owner. It provides vitality that is highly important, especially for the older generation. The person wearing this symbol can experience an increase in efficiency and energy, becoming more active.

The Templar Cross attracts luck, fortune and happiness. It can improve your well-being and help a person to choose the right path in life.

How to Wear the Templar Cross?

The Templar Cross, like any other symbol, should be worn in a way that is hidden from view to others. The first time it should be worn so that it could touch your body (it will help the energy of the amulet merge with the power of your body). At the time of the first two weeks, you should not remove the talisman, as time is required to activate the magical properties of your Templar Cross amulet. After two weeks, you will be able to put it off and part with it. However, do not part with it for an extended period if you want to get the desired result.

Knights Templar Crosses are one of the most potent amulets that give a person necessary protection from evil forces and negative emotions. Both men and women can wear Templar Crosses.

At our Knights Templar online store, you can get a wide choice of different types of Crosses to satisfy your needs. Each product we sell has a full description. Therefore, you will be able to make the right choice as well as get the desired result from your purchase. 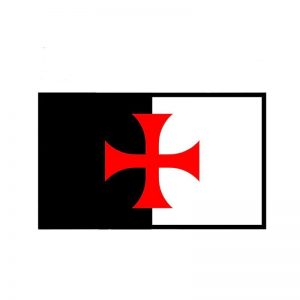 View cart “Knights Templar Cross Car Window Sticker” has been added to your cart.
Per Page
-51% Add to cart

Internet Exclusive – Not Available On Store Made by High Quality Material Unisex Pendant Only Few Stock Left
$24.95
5.00 out of 5 based on 2 customer ratings
-51% Add to cart

Internet Exclusive – Not Available On Store Made by High Quality Material Unisex Pendant Only Few Stock Left
$26.95
-51% Add to cart

Internet Exclusive – Not Available On Store Made by High Quality Material Unisex Pendant Only Few Stock Left
$28.95
-43% Add to cart